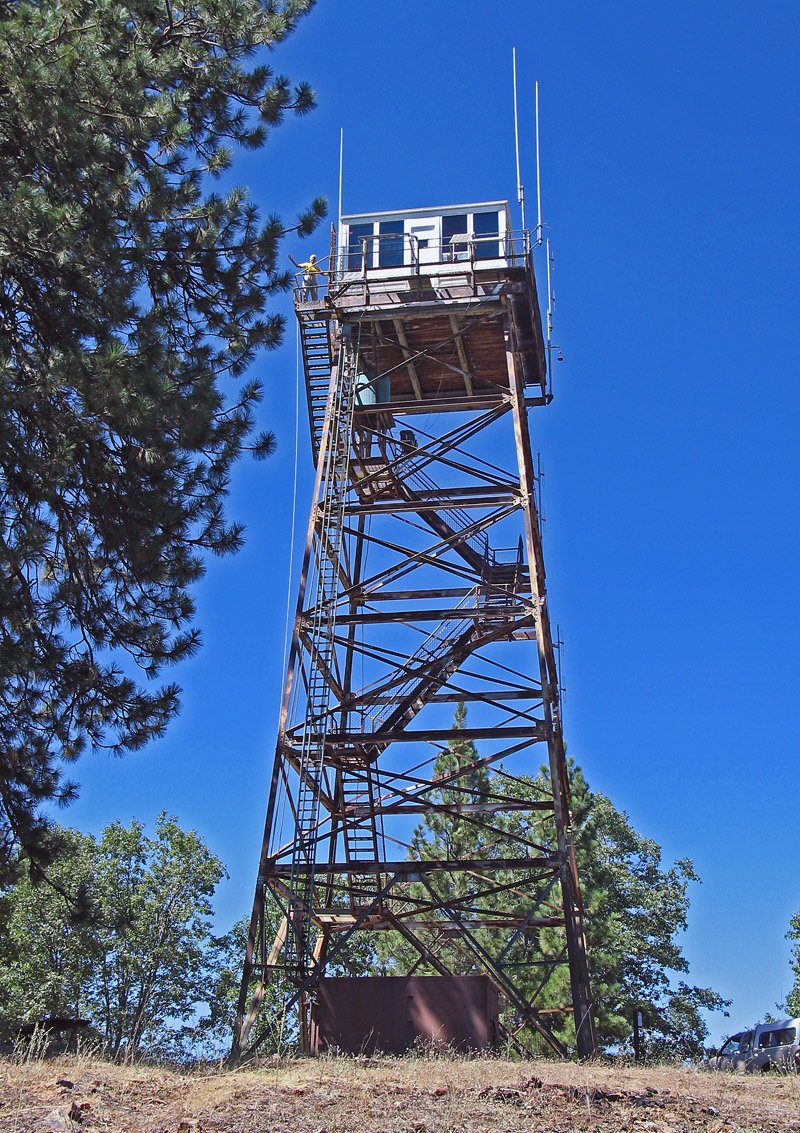 The original lookout was built pre 1916 with the tower built in 1924 with a cabin below and replaced in 1959 and in 1967 with a steel tower from Lemore Naval Air Force Base.

It has seen several incarnations including a 50 foot metal tower with live-in cab constructed by the Civilian Conservation Corps in 1937.

In 1960 this structure was replaced with a 70 foot tall metal tower from Lemoore Navel Air Station. The lookout was staffed yearly, funded by both the California Department of Forestry and the Sequoia National Forest Service until 1992.

Since then it has been staffed during extreme fire danger and as the Forest Service budget has allowed.

For more information or to volunteer visit the Buck Rock Foundation website at buckrock.org/index.html 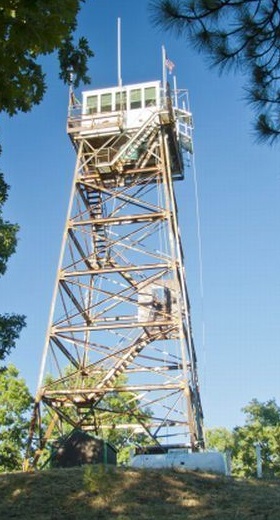 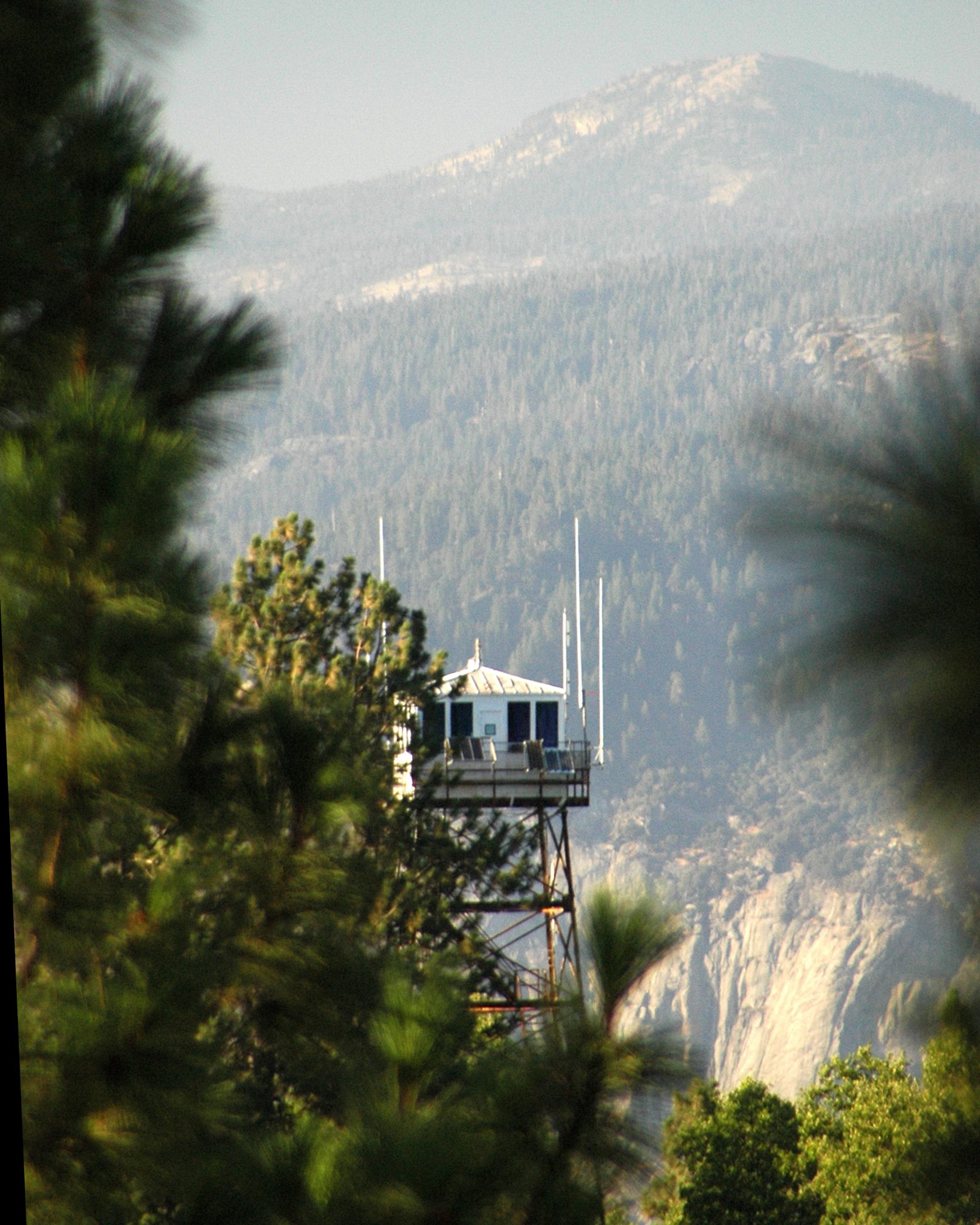